Your cart is empty. Head to the shop.
Product is not available in this quantity. 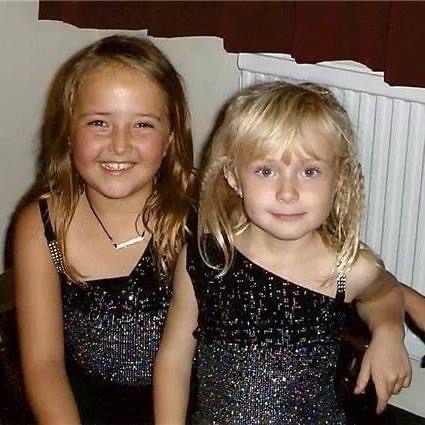 My sister’s name was Georgia, (I always called her George). She was 21 years old when she died and she took her own life. She was my first best friend and someone who I miss every single day and love forever.

My sister was the funniest person I knew, she was the kind of person you would want at a party because she would be making everyone laugh and making jokes all the time. I think now whether this was partly a cover for how she was feeling and that hurts my heart a lot, but she cared so much for everyone else and made me feel like I was the best sister in the world with how much she loved me and her other siblings.

Growing up we spent hours learning dance routines to some classic 90's songs as well as learning how to lip sync (George would usually be the rapper and I'd sing, our favourite was Dido and Eminem, White Flag). We have some amazing memories and were lucky to have so many incredible times. One of my favourite memories was in Butlins; we did something called ‘pop box’ where we were recorded with lots of props to some songs including Sugababes and S Club 7.  We also entered competitions on holidays, once deciding to be Abba and another time we did a full routine to the ‘Ketchup Song’. I look back on it now, we must have thought we were amazing but we were shocking really- we always threw ourselves into things and were confident in front of strangers.  I would never have been confident without her, she definitely made me much happier in myself.

George was never the most academic person, in school she was known as the ‘class clown’, never really enjoyed learning and much preferred to make her friends laugh. She loved school and her school friends but also experienced some bad times too. She came out as gay in school, which was really hard when it happened, but it allowed her to be herself more than she had ever been before and from that time she developed into completely the person she was meant to be. I was so proud of her, and said I’d always known but just waited for her to tell me! She experienced a few comments here and there from some not nice kids, but again would make jokes about those people and always said it never got to her. She joined the local football team at 16, and honestly I think this is where she became her most confident and happiest, doing something she loved surrounded by some of the best and most non judgemental people you could ever meet.

When she had finished college she went to the University of Brighton to study Accounting and Finance. I was so proud of her, always told her I think it’s the best thing she could do for herself and whenever I visited, she seemed so confident and happy with the ‘uni friends’ she had made. I sent her many embarrassing gifts like t shirts with our face on and mugs of us too. She always joked that she hated them but then would send me videos of her using them that made me smile.

On 15th November 2017 she turned 21. I saw her the weekend after, we had a little party with our family. We took a trip to Tesco with our little brother and bought the biggest chocolate cake we could find. In the car we listened to some of her music and a few of my favourite songs at the time, I will always remember those songs and that journey as it was one of the last memories I have with her. She honestly was as happy as I have ever seen her, telling me all about her 21st house party where she had to write a letter to her neighbours to pre-warn them that they were having a party, but she promised the music would stop by 11. ( Her hand written letter was lovely, such a George thing to do).

On the 4th December 2017 George ended her life. I still can’t get my head around it completely, but after she died I have learnt a lot about what she went through that weekend and I feel like I understand why she felt so lost and hurt at that time. I will always wish she would have just picked up the phone to me, I would have driven down straight away and brought her home if I had known. But I have had to come to terms with the fact she wasn’t thinking about me or any of her family or friends back home when she died, she was just lost and feeling very angry and upset about her Uni bubble she was living in at the time.

Her death has changed my life. When you lose someone, you have to try to adapt to a ‘new normal’. As time goes on, you begin to smile, laugh and even live again even though a piece of you is missing, a bloody huge piece. I have thrown myself into trying to do things in her memory, trying to honour and pay tribute to George so she is remembered for the incredible person she was and not just how she died. Although I am not embarrassed or ashamed of what happened, we live in a society where sometimes people don’t know what to say about suicide and I get it, I really do.

I have discovered so much more about mental health, including my own. Grief is like a roller-coaster every day. Some days I find myself sitting with a sinking feeling in my stomach, my mind rushing with thoughts that I can’t control and sometimes I have to take time to try to process what I am thinking. I have had bad days, but I have also had some amazing days with some incredible people and have been supported by some of my sisters oldest friends and football friends. Supporting yourself is key to being able to carry on, I hope that I can continue to do this and also try to do more in her memory, bringing a light on suicide as something that can affect anyone at anytime. Everyone’s mental health can change in an instant and that is the scariest part. We all need to be aware of this and take care of our own mental health as well as caring for others. Always check in on your friends and family, especially those who are the ‘happy’ ones, because a smile can hide how you feel.

I could write for hours about my sister and what an incredible person she was, she will always be. But I think the most important thing is that we can be Ok, we can sail on our boat along the river of grief, sometimes we may hit a wave but those waves will pass, and we will carry on. Not just for ourselves, but for those we have lost. Because one day we will meet again, & we want to share with them the lives we have lived and the memories we have made and make them proud of what we have done. Life is precious, enjoy every second of it.

I will love you forever and always George xxxx